“Enjoy the little things, for one day you may look back and realize they were the big things.” -Robert Brault. Written by Dr Linda Berman. 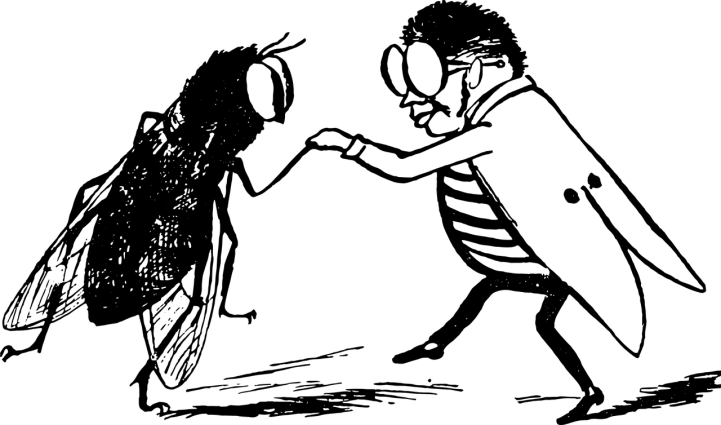 There was an old person of Skye,
Who waltz’d with a Bluebottle fly:
They buzz’d a sweet tune, to the light of the moon,
And entranced all the people of Skye.

Are the small things in life to be dismissed as trivia? Do we deprive ourselves of a fuller appreciation of our lives because we do not see their importance?

How much do we fail to see richness of meaning because we dismiss so much in life as nonsense, rubbish, frivolous or unworthy of our attention?

What if we were to start thinking differently, finding less narrow ways of thinking?

Take the poem and illustration above….. do you see it as mere nonsense? At one level, of course, it is. It would be amusing to children to see a man dancing with a gigantic fly.

However, look closer. Did you ever think that such nonsense might have some sense in it, some deeper meaning?

“Nonsense is that which does not fit into the prearranged patterns which we have superimposed on reality…Nonsense is nonsense only when we have not yet found that point of view from which it makes sense.”
― Gary Zukav

Let’s try to find in  Lear’s work a ‘point of view from which it makes sense.‘ If we do some research, we will discover that Edward Lear was a lonely man, isolated, most likely gay and, in his day, having to conceal that fact.

He was epileptic, which he also concealed, as this was thought in Victorian times to be the result of being possessed by the devil.

He often included in his work characters with physical problems and was interested in, and fearful of, the concept of human degeneration.  He was influenced by Darwinian theory and illustrated some of Darwin’s books.

Out of Darwin’s theories about the animal world, ideas emerged in Victorian times about the potentially frightening evolution/degeneration of humans. This, and other serious themes, are hidden in the words and pictures that Lear created.

Thus, having a fly which has grown big enough to dance with a man, and a man who needs very large and thick glasses in order to see, may be seen as a reference to such issues.

In truth, this fly triumphs in terms of evolution, in that he has enormous seeing eyes and the man looks blind. (For interesting further reading here, see these online references.)

The man also seems to be evolving into an insect, in terms of the stripes, his thin legs and the shape of his jacket tails.

“Arguably, Lear uses the form of nonsense to deal with the serious issues in his life, possibly as a form of escape.”

Psychotherapy and the apparently trivial.

“Don’t for heaven’s sake, be afraid of talking nonsense! But you must pay attention to your nonsense.”
― Ludwig Wittgenstein

Dreams are a prime example. They may be dismissed as nonsensical, but, if they are sensitively interpreted, taking into account the patient’s personal meanings and symbols, they can have profound significance. Yet some dismiss them as empty and shallow:

‘Dreams are meaningless and Random Nonsense’  –The True World.

However, both Freud and Jung knew that-

“Dreams are the royal road to the Unconscious.” Sigmund Freud.

Sometimes the thoughts and feelings dismissed by the patient as ridiculous can be the most meaningful in therapy. The apparently trivial might have deeper symbolic meanings.

The Little Things in Life.

The man who moves a mountain begins by carrying away small stones. 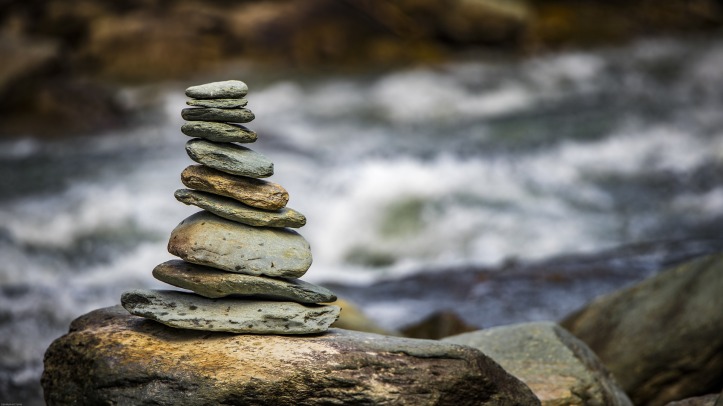 There are times when, out of something little, comes something much bigger, important and meaningful. A chance comment, an unexpected meeting, a meaningful quotation, all these can lead to bigger things.

“Perhaps it’s true that things can change in a day. That a few dozen hours can affect the outcome of whole lifetimes. And that when they do, those few dozen hours, like the salvaged remains of a burned house—the charred clock, the singed photograph, the scorched furniture—must be resurrected from the ruins and examined. Preserved. Accounted for. Little events, ordinary things, smashed and reconstituted. Imbued with new meaning. Suddenly they become the bleached bones of a story.”
― Arundhati Roy, The God of Small Things

Drifting through the day and not noticing very much around us, we may miss the small things that Arundhati Roy is talking about. The problem is, we may find we do not find the time to focus on the small things and give them meaning. Meaning comes from inside ourselves, it does not exist outside of us.

In life, as we listen to others, can we learn to listen more to the music behind their words?What about our own ‘nonsensical’ thoughts and feelings? Could we be missing opportunities because we do not have the time, or the confidence to really focus on and develop our trains of thought?

“How many hours are there in a mile? Is yellow square or round? Probably half the questions we ask- half our great theological and metaphysical problems- are like that.”
― C.S. Lewis

What would happen if we allowed ourselves time to play with our thoughts and ideas? For example, we could try turning things upside down, exploring the paradoxes, new shades of meaning and opposites thus created:

“Nonsense can be an ingenious architect of sense, as it may turn things upside down and, so doing, sharpen our perception, stir our imagination, clear our mind and refine our judgment. Like poetry might interlock with science, and emotion with intellect, so are sense and nonsense relentlessly interacting and this interplay enriches the filigree of our thinking pattern.
― Erik Pevernagie

Look at the new worlds created in Kapoor’s sculptures:

(Kapoor) investigates what we hardly know, turning the world upside down and inside out to extract meaning. It gives us a glimpse at the mysteries both of the human imagination and the universe we inhabit. New Statesman

The people in this illustration are drawn hanging upside down like petals on a stem, the human assumed natural order of life is literally turned upside down. Lear draws the ‘manypeeplia’ (p.252) upside down to displace the human sense of superiority over nature.

“Tut, tut, child!” said the Duchess. “Everything’s got a moral, if only you can find it.”
― Lewis Carroll

“I like nonsense, it wakes up the brain cells”

If you enjoy my posts, do join almost 2000 other followers of waysofthinking.co.uk . I’d love you to follow my blog!