“Patience and Time”: Ways Of Managing The Altered Reality of Covid 19. By Dr Linda Berman. 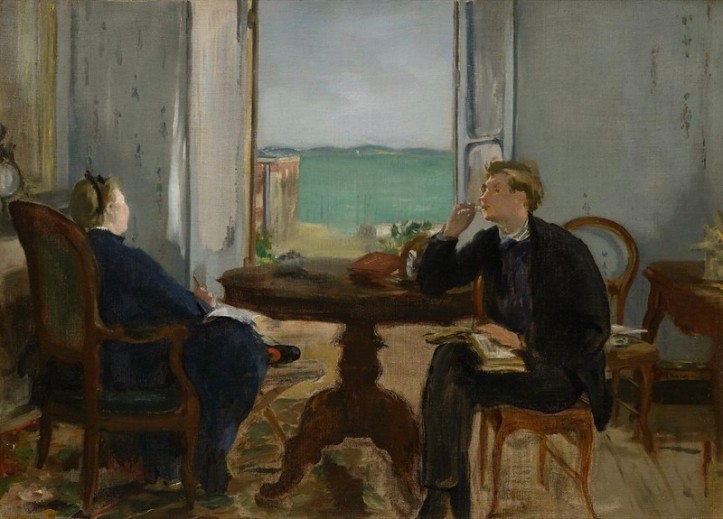 “But believe me, my dear boy, there is nothing stronger than those two: patience and time, they will do it all.”

Nothing lasts forever. In time, if we have patience, this deadly virus will recede. Leaving destruction and death in its wake, it will one day disappear and, as mentioned in last week’s post, our lives will return to a new kind of ‘normal.’

We will certainly develop different ways of thinking.

Patience, especially at a time like this, involves taking courage. We need courage to sit this out, to remain isolated, often under very difficult, almost surreal, circumstances, beset by worry, fear and, sometimes, loneliness.

“I have seen many storms in my life. Most storms have caught me by surprise, so I had to learn very quickly to look further and understand that I am not capable of controlling the weather, to exercise the art of patience and to respect the fury of nature.”

Waiting, hoping, accepting and trusting that there will be an end to this, requires faith in life, in oneself, in the universe and in religion, if you are a believer.

” We could never learn to be brave and patient, if there were only joy in the world.”

What also might help us to be patient is to remember to be grateful for what we do have; we can learn to value anew some of the aspects of our lives we may have taken for granted.

Allowing stillness, waiting, and not-knowing are not easy, but these qualities are highly important during this painful crisis.

“Adopt the pace of nature. Her secret is patience.” 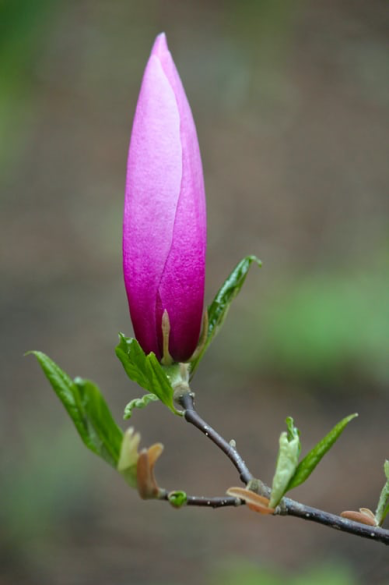 Einstein revealed that time is an illusion, and that it is, in actuality a relative concept. Time appears to pass at different rates according to how we are feeling or what we are doing.

Time spent in confinement usually feels much, much slower than time we experience watching a good film or having a stimulating conversation.

In the present crisis, time might actually feel as if it going backwards, as if we are reverting to habits and behaviours from the past.

Two Women Walking Together During The Spanish Flu Pandemic,UK, 1919.

In a recent letter to The Guardian, a reader expressed the hope that the opposite would happen:

“When we put our clocks forward this weekend, can we all put them forward 12 weeks?”

“How about if I sleep a little bit longer and forget all this nonsense..”
Franz Kafka, Metamorphosis

When each day feels the same, as it does sometimes during this current crisis, we might feel we are ‘losing track of time.’

It could could seem as though we are trapped in the film Groundhog Day, where the protagonist wakes to the same day every day.

Has time stopped? All is quiet outside, shops and cinemas closed, the world locked down.

Maybe there is also a feeling of lost time, as in Proust……

It is important, however, that we do not not lose this time in social isolation, but that we learn to use it, creatively.

“You have to do more than just kill time or time will quickly kill you.”

Perhaps we can learn something in the stretch of time the lies ahead…….maybe time will teach us to accept this reality that we are living through, to learn that we can do without some of what we had before, appreciate what we have, make the best of difficult situations.

Alternatively, has time merely slowed down?

This can be useful, a rare chance to consider take stock, to reflect, meditate read and, most importantly, be in the now.

This is certainly a time for us all to learn about ourselves, our reactions to others, our feelings, our ways of being.

We can also learn to value the Buddhist views of time, truly discovering the importance of being in the present moment and being thankful  for the concept of impermanence:”This too shall pass.”

“Time is the wisest counsellor of all.”

“Time brings all things to pass.”

The Persistence of Memory (1931) by Salvador Dali Mike Steele: Flickr.

“It’s really clear that the most precious resource we all have is time.”

These feel like dystopian times. The world has become unreal, things have changed unimaginably and quickly.

Within this unthinkable, Kafkaesque scenario, many of our usual ways of thinking are confused, impotent, unworkable. We must suddenly behave differently.

Like the protagonist Gregor, in Kafka’s The Metamorphosis, we have been forcibly mutated into something that shocks us, something inexplicable, isolated, apart, different from before.

“One morning, as Gregor Samsa was waking up from anxious dreams, he discovered that in his bed he had been changed into a monstrous bug…”
― Franz Kafka, The Metamorphosis

The themes in Kafka’s book are to do with life, transformation and isolation, which are highly relevant to the ‘bug’ that is Coronavirus. This is something that transforms us from healthy to sick, sometimes very sick – and it could be lethal. 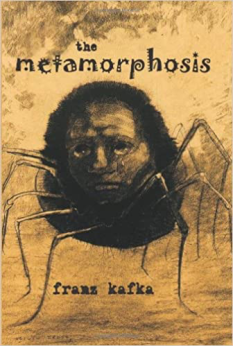 We have been transported to a different world, where things are turned on their heads, upside down. Hugging someone, instead of being a loving act, has become a dangerous one, that might actually make them very ill.

Staying away from older people is now a considerate gesture, not the opposite. Visiting a friend may be seen as a kind of attack. We cannot go into a shop and buy what we want, without risking infection.

The outside world has become a dangerous place. We ourselves, may be unwittingly dangerous.  We become, in a way, weaponised, mutated into beings who could potentially kill others just by breathing or coughing in their direction.

Geraldine Javier – The Absurdity of Being [2007]

Sometimes, it all seems beyond belief. Can this really be happening, or are we in the middle of some extended nightmare from which we will soon awake?

“And for a little while he lay still, breathing lightly as if he expected total repose would restore everything to its normal and unquestionable state.”
― Franz Kafka, The Metamorphosis

Feeling fragmented in this new dystopian world is not surprising; if we walk around, we witness only silent streets, closed shops, locked doors, the odd, fearful, passer- by giving us a wide berth, people with masks, empty shelves in supermarkets …..

Social media, the press and television blare and blurt out governmental instructions to remain behind closed doors, thoroughly wash our hands and have no physical social contact outside our homes.

There are dire warnings about people who have died or are on ventilators, detailed descriptions of this contagious illness; we are all on lockdown, we witness the effects of stockpiling, panic, anxiety, fear of death….. 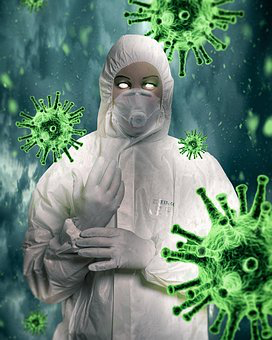 It is reminiscent in some ways of the dystopia in Orwell’s 1984, ironically set in the current month:

“It was a bright cold day in April, and the clocks were striking thirteen.”
― George Orwell, 1984. 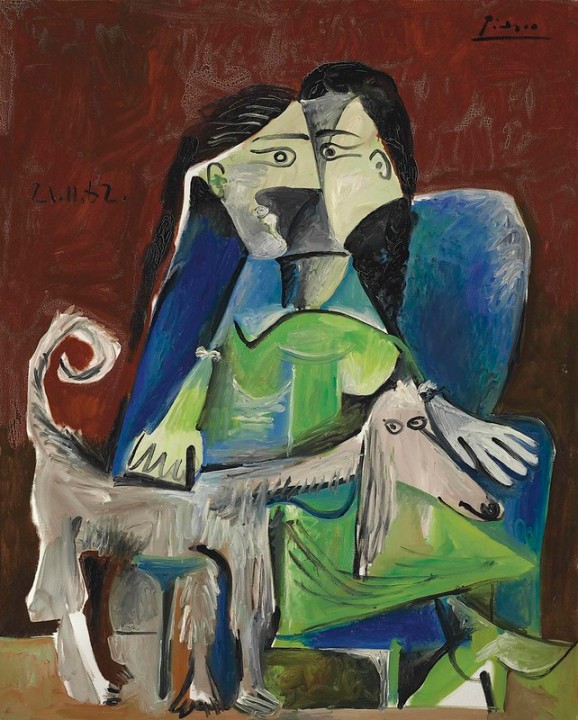 YET…….despite all this horror and fear……Spring has still come. Nothing lasts, except change. The seasons arrive in their turn. The circle of life continues to go round.

The natural world outside our window has not stopped, even if our normal lives have in many ways. Flowers still grow, and bloom. As we look out of our window, we can take comfort from this. Nature gives us hope………

and read books and listened

and rested and exercised

and made art and played

and learned new ways of being

someone met their shadow

and people began to think differently

and in the absence of people who lived in ignorant ways,

even the earth began to heal

and when the danger ended

and people found each other

grieved for the dead people

and they made new choices

and dreamed of new visions

and created new ways of life

and healed the earth completely

just as they were healed themselves.”